The recent times have seen the rise in the popularity of the DNA tests. This is not just because of its ever-present pop reference. It is because, despite there being many tests for the same output, the reliability of the DNA paternity test is very high. These tests are said to be accurate to about 99.99%, which gives an error of 0.01%, and this rightfully can be claimed negligible. The procedure in earlier times used to be a little crude, but these days, the DNA tests are performed by using the cells collected via a cheek or buccal swab. A stick with a cotton or synthetic absorbing end is used to collect saliva from inside the mouth by swabbing the cheek. The saliva contains the cells which are used to perform the tests.

The DNA test is not only limited to born babies. The technology has evolved to an extent where the father of the child even when the mother is pregnant. The 2 different methods there for this:

This process was used earlier when the technology was not evolved as today. But due to its high accuracy and ability to bear results during the very early phases of the pregnancy, it is still in use today. The cells are collected from the placenta, and thus the cells are basically of the fetus. There is, however, a minimal chance of miscarriage which makes the procedure a little risky.

This test is relatively new, and this uses the blood of the mother to confirm the father of the child. This test gives accurate results after 7 weeks of pregnancy. The test is accurate, and there is no risk of miscarriage at all.

The Federal government categorizes DNA tests in two, which include:

A person searching for “Prenatal Paternity test Virginia” on google may get Labs to go as one of their search results. These people are based in Virginia, and they are reliable and fast in their services. The legal paternity test costs 335 USD, and an informational test costs a mere 260 bucks. They provide results in just 2 days (for an additional), or it is 3-5 process, and the.results can be faxed or mailed anywhere on request. They even provide collection services from jail and courts for added costs. 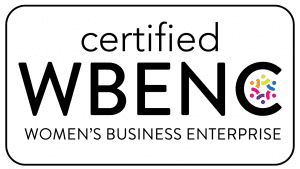